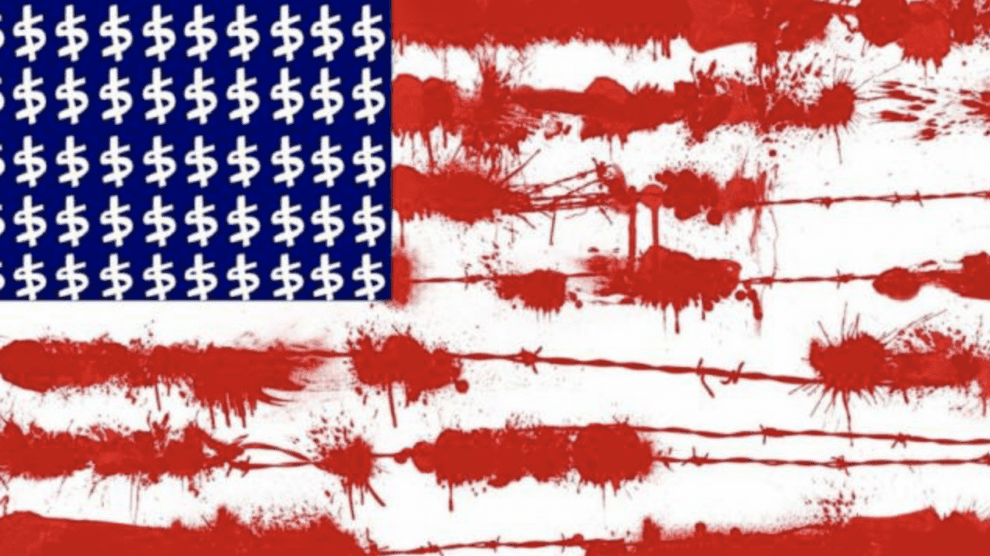 Why The “Selfish Gene” is Taking Over Our “Mutant Capitalist Gene Pool!”

Ask yourself, can our American “Gene Pool” ultimately self-destruct our home planet? Yes! Why? We’re all capitalists! All have the same very selfish gene, the “capitalist gene” imbedded in our DNA, driving all of us. Today over eight billion today. Within one generation, by 2050, there’ll be ten billon humans in the world, all with that same mutating capitalist gene. I first ran across this accelerating evolutionary trend from Jack Bogle, founder of Vanguard Fund in the seventies to the “mutating capitalist gene pool,” the “madness gene” as Elizabeth Kolbert called to in The Sixth Extinction. The gene now screams, “Me Me First, Climate Later,” today’s version of the evolution of the basic “survival-the-fitness” gene. Credit Suisse Bank projects ahead to when eleven families each worth a trillion will roam our planet before the end of this century. 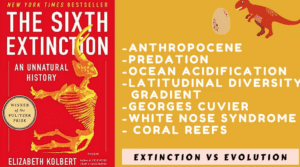 That’s just human nature. Basic psychology, neuro-science and evolutionary biology. Survival the fittest. When the chips are down, our instinctual, fight-or-flight gut reaction for self-preservation wins every time. You protect yourself, your survival, your very existence. First. Even if it’s certain to be too late

Yes, you may also want a sustainable planet for future generations. Yes, you even know we need it for long-term survival. Maybe you drive a hybrid. Recycle. Eat organic. You may even be on a crusade to save the planet and save civilization from an impending catastrophe, save the environment from global-warming disasters–melting arctic glaciers, rain forests disappearing, urban smog, toxic pesticides, dying species, deserts killing farm lands, ozone burning, lost energy reserves, diseases, pandemics … yes, all the right stuff.

But first, you must survive. You. Each capitalist must take action to survive as an individual, if capitalism is to survive, and that’s America’s worldview. It’s in our DNA. Everybody’s got it! Yes, we are all capitalists. You, me, parents, everybody has the gene. All driven by our selfish gene. As a result, paradoxically, soon our civilization will pass a point of no return, growing to 10 billion on Planet-Earth, with everybody demanding more, upping their lifestyle, burning energy, making small concessions, but collectively and (permanently) exhausting the bulk of the planet’s scarce non-renewable resources—all driven by our inner survival instinct, that powerful, “Me-First” capitalist gene. Why? All warnings about climate change, global warming and environmental threats will never be as immediate and strong as our “daily bread” needs, our thirst and hunger pains, our kids crying for a meal, a drink today, life’s little daily pleasures. 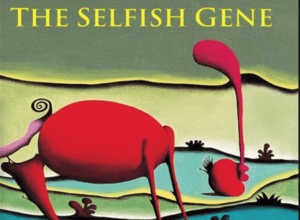 Our “Capitalist Gene” parallels what evolutionary biologist Richard Dawkins saw in his 1989 classic work, The Selfish Gene, the natural selection process of evolution passing genes along while fighting for survival. Personality traits passing from parent to child, to species, to future generations. This Capitalist Gene is in the DNA of all humans, the survival of the fittest, where “more is never enough!’ And yes, it was there long before Adam Smith’s theories, before Maynard Keynes, before Alan Greenspan and Paul Ryan embraced Ayn Rand’s extreme capitalism, even before Vanguard’s founder, Jack Bogle warned of “mutant capitalism” in his classic, The Battle for the Soul of Capitalism. Biology defines politics, for the “capitalist gene” is in all humans and has evolved in there since the dawn of civilization. 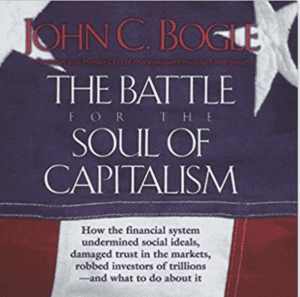 When making economic decisions … when the capitalist brain chooses between saving the future and getting personally richer now … between saving the environment or paying a new tax or losing a benefit or right, paying an extra fee … then the Capitalist Gene kicks in, and for most humans we’re biased toward short-term self-interest. Self-preservation today is our first priority … and to survive and thrive, you better be the fittest.

The capitalist gene is our instinct for survival and instant gratification. It’s in our brains, our blood, our DNA structure, motivating our rational thinking process, while still hoping someone, somehow, somewhere will eventually solve all the world’s problems we created, will heal the world, someday, in the future, for future generations. While we take care of ourselves first. That’s capitalism!

Don’t believe me? That’s natural. You’re a capitalist, not some hard-core ideological climate-science denier. Skepticism is inherent in the capitalist mind-set, our brains, the collective conscience of all capitalists. Trust yourself.

The 10 Types of American Capitalists:
All Driven By The “Selfish Gene!”

Ready? So, take a close look at the following ten profiles identifying the classic human Capitalist Gene in billions of capitalists across the world. See how many profiles fit you, fit America, fit the world’s eight billion humans. How many are driven by our selfish capitalist gene? You guessed it, everyone.

Now ask yourself: Who’s going to cut back. First? Voluntarily? Which nation, farmer, entrepreneur, logger in the Amazon? Who? Who will choose without being forced by some government, catastrophe, global war, pandemic, drought, mega-fire, hunger?

Scan through these selected profiles of all the characteristics of capitalists around the world today. Chances are you will not only identify with at least one of these profiles. You’ll also sense why all humans in our world have been, are now, and—when the chips are down, and it costs you some money—you will always be a capitalist today and an environmentalist tomorrow. So, see how many fit your daily life:

Not only do all humans need transportation, the automobile is a human status symbol. We have a deep love affair with our Mustang, Jaguar, Honda, and want a better one next. There are more than 1 billion autos in the world, used by billions of drivers. America has 240 million. China 80 million. And Big Oil just keeps riding on auto demand. A trillion dollars in annual revenues. Do you expect voluntary cutbacks to reduce carbon pollution? Don’t bet on it.

Rich, middle-class, poor, we all have a capitalist gene. 310 million Americans buy food, electronics, pay local taxes, drive the economy, make sure their kids get an education. Consumers want more money, goods, progress, a better future, and the hottest new gadgets. The American Dream is built on the capitalist gene, it was imbedded deep in our collective conscience before the American Revolution, powered the Industrial Revolution.

RETIREES ARE CAPITALISTS
“Save Our Social Security System!”

Our legal and political system has evolved to protect shareholders, executives and other insiders giving them the right to ignore long-term public interests in climate change, guaranteeing that as a separate legal person, a corporation’s only responsibility is a duty to its stockholders’ short-term interests, focusing on closing stock prices, quarterly earnings, annual bonuses. Regulation or taxation of carbon emissions must be resisted to protect shareholder profits. And climate problems are often just PR problems.

Wall Street, CEOs, shareholders and the Super Rich want to cut corporate taxes and workers benefits. While our capitalist economy favors the moneyed class, the inequality gap is widening, and like the Crash of 1929 will trigger a revolution and a new depression, with our working class demanding a broader share of capitalism’s rewards.

Who really runs America? The 537 politicians elected to the White House, Senate and Congress? No. A bizarre network of 261,000 lobbyists, over 5,000 appointed bureaucrats, plus millions of civil servants, postal workers, state-government employees, teachers, police, firefighters, private contractors, military offices and enlisted, all driven by the Capitalist Gene, over 40 million with personal interests in a continuing government payroll.

Some philanthropists like The Gates are actually encouraging capitalism among farmers in poor nations, where farming is the primary employment. New micro- capitalists. Family planning and contraceptives are also freeing African farmers to increase incomes, tapping into the universal Capitalist Gene spirit of all farmers.

A couple years ago MIT Technology Review asked, “Why Can’t We Solve Big Problems?” The article made a strong point that new generation of entrepreneurs and leading technology minds may be willing to solve the tough challenges of the 21st century, but most of the ventures is focused on smaller problems and getting on a fast-track to amass personal wealth.

Can humans escape the destiny programmed in the DNA that’s driving all of us? Or is it locked in, irreversible? Are Dawkins Selfish Gene, our “Capitalist Gene” and the mysterious “Madness Gene” in Kolbert’s Sixth Species Extinction all one and the same, immutable, driving human behavior to eventual self-destruction? We know that sooner of later every individual human will die, that species go extinct, so what about nations, civilizations, planets? Does our cellular behavior also reveal our home planet’s destiny?

All the warnings about melting glaciers, rain forests vanishing, toxic urban smog, pesticides, dying species, farm lands becoming deserts, ozone burning, lost energy reserves, diseases, pandemics and so much more won’t matter much to capitalists in denial. In the final analysis, some kind of crash, collapse or wake-up call seems necessary to knock some sense into our capitalist brains, even jolt our capitalist gene pool into an evolutionary leap into a new dimension. But when that happens it will be too late. 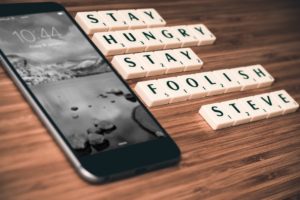 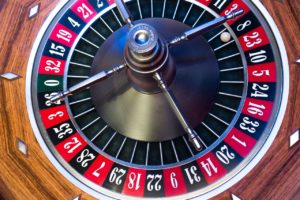