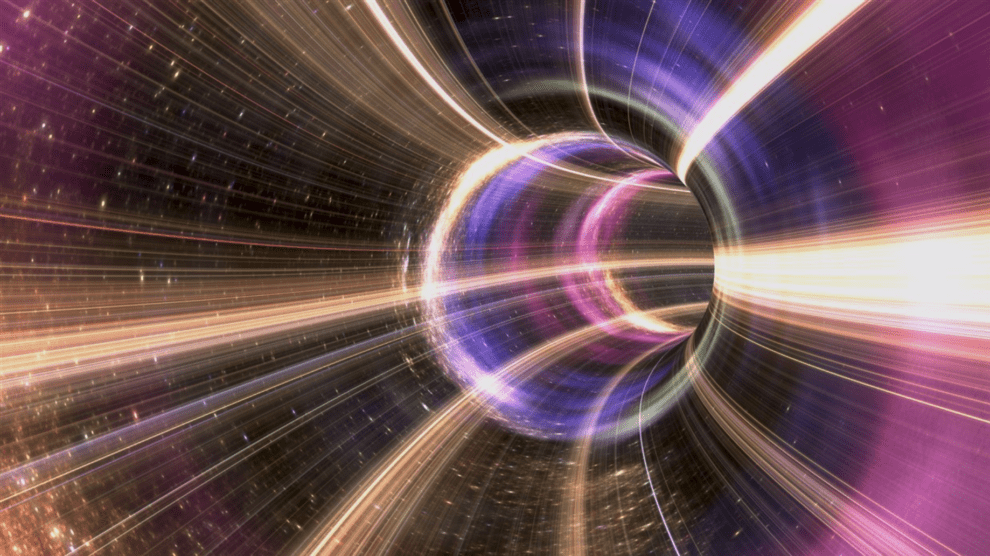 By 2047 there will be certainty, the momentum of Planet-Earth’s global warming will accelerate past the point-of-no-return, and become irreversible. Physicist Stephen Hawking has already warned us, the “temperature increase might become self-sustaining, if it has not done so already.” Hawking predicts a “catastrophic ending” for Planet-Earth, warning that “the future of the human race must be in space.”

Nobel Physicist Robert Laughlin heightens the insecurity: “Climate change is a matter of geologic time, something that the Earth routinely does on its own without asking anyone’s permission or explaining itself … civilization might not be able to forestall any of these terrible changes once the Earth has decided to make them … it’s beyond our power to control.”

The Promise: Whether you’re a global warming activist like Bill McKibben, James Hansen or Michael Bloomberg, committed to stopping those “terrible changes.” Or a science-denier like Secretary of State Rex Tillerson, Exxon’s former CEO, U.S. Sen. Jim Inhofe or Big Oil billionaires like the Koch Bros … activist or denier, the “33 MasterCodes” and The New God Algorithm Wars: Einstein vs Zuckerberg are guaranteed to ruffle your feathers, challenge your convictions, and harden your resolve.

The 2020 Warning: Why 2020 is so crucial? When President Bush launched the Iraq War, Fortune reported on the Pentagon’s forecast of the long-range consequences of climate change. They warned of “the mother of all national security issues … By 2020 there is little doubt something drastic is happening.” Yes, the Pentagon was preparing America for the coming WWIII: “As the planet’s carrying capacity shrinks, an ancient pattern of desperate, all-out wars over food, water, and energy supplies would emerge … warfare is defining human life.” Unfortunately, that 2020 deadline is closing rapidly.

The “Biggest Problem,” Solve It … Nothing Else Matters!

Back in 2009, Bill Gates, Bloomberg and other billionaires secretly met in New York City and unanimously agreed … over-population’s the world’s biggest problem … If we don’t solve it, nothing else matters, nothing. Why? Because population growth impacts everything that accelerates global warming.

Since 2009, the world’s added another half billion, steadily marching to an unsustainable 10 billion by 2050. Nobody’s working on a solution, even as billionaire philanthropist Jeremy Grantham warns: The planet can’t feed 10 billion in 2050! There is a “great mismatch between finite resources and exponential population growth,” he says. Gates now says 8.3 billion is the limit. But no search for solution, just the opposite. Columbia University’s Earth Institute Director Jeff Sachs, a U.N. adviser says even 5 billion is unsustainable given the planet’s diminishing resources.

The 2047 upper deadline actually comes from a Bloomberg Business News headline a few years ago: “New York Set to Reach Climate Point-of-No-Return in 2047.” That’s also the average “point-of-no-return,” when all major cities worldwide irreversibly overheat. Unfortunately, the warnings were all but forgotten. Why? The Pentagon, NASA, the United Nations and thousands of climate scientists worldwide have been issuing similar warnings for decades, even before Bill McKibben’s 1989 classic, The End of Nature. Looks like denialism is an even bigger problem than over-population.

Bloomberg News was reporting on a joint research study by University of Hawaii and Japan’s University of Ryukyus, published in Nature magazine, predicting the specific years that global warming would overheat major cities past irreversibility: “Temperatures in New York are increasing, after 2047 they won’t return to the historical average of the past one and half centuries.” Mexico City, Bogota, Mumbai, Baghdad, Cairo and Nairobi would pass the point earlier, in the 2030 decade. Tropical paradises like New Guinea begin turning as early as 2020.

Bottom line: Some time between 2020 and 2047, Planet-Earth’s global warming momentum will accelerate past the “Point-of-No-Return.” And while the optimism of the new Bloomberg/Pope book–Climate of Hope: How Cities, Businesses, and Citizens Can Save the Planet–is infectious, the accelerating upward trajectory of global warming data suggests massive headwinds. In fact, as anthropologist Jared Diamond warns in his 2004 classic, Collapse: How Societies Choose to Fail or Succeed: “One of the disturbing facts of history is that so many civilizations collapse.” They “share a sharp curve of decline. Indeed, a society’s demise may begin only a decade or two after it reaches its peak population, wealth and power.” That timeline coincides with the Pentagon’s WWIII 2020.

About a decade ago I began writing about all this in my DowJones-MarketWatch columns, focusing on the financial impact of climate change on corporations and investors … on new technologies altering global warming trajectory … on increasing denialism and cultural divisions … on political and public policy-making wars over global energy resources. From a contrarian perspective, I was challenging both liberals and conservatives from a hard-right news media platform, seeing through the lens of behavioral economics. Readers either loved or hated columns, but they were the #1 traffic generator for years, even beating Market-Watch’s algorithm-generated news features.

Both our “33MasterCodes.com” and The New God Algorithm Wars: Einstein vs Zuckerberg developed out of our research reports on this accelerating conflict between global warming activists and climate science-deniers. Our overview of the “Four Key Questions” ties all this together. We urge you to read deep … then come up with your own solutions to the New God Algorithm Wars: Einstein vs Zuckerberg which will decide the future for humans on Planet-Earth … and more importantly, help you choose your future, how you personally can live in peace … on a dying planet.

Will any of this change any minds? Behavioral science research tells us that recent climate warnings have actually increased partisanship divisions, hardening mindsets on both sides. Why? Activist George Marshall’s book says it all, Don’t Even Think About It: Why Our Brains Are Wired to Ignore Climate Change. And in a NewScientist interview, Nobel Economist Daniel Kahneman concluded, “I am deeply pessimistic. I really see no path to success on climate change.”

Each of Us Have a Personal Choice To Make!

And yet, the harsh truth is that Hawking, McKibben and others have warned us that it may “already be too late.” The “sustainability bottleneck” is dead ahead. And whether the point-of-no-return is 2020 or 2047 … whether you favor disruptive changes or the stability of a sustainable tenuous status quo … inaction really isn’t an option … for in the end, you still have a very personal decision to make, for yourself, a choice about living in peace on a dying planet, no matter what.

These “Four Questions” that will decide the fate of humans on the planet. Solve this master algorithm to your own satisfaction, dig deep into all four questions, especially the fourth question! And check back for  updates, new posts challenging the thinking of our MasterCoders …

THE ONLY 4 QUESTIONS THAT MATTER NOW, TODAY:
SOLUTIONS FROM PLANET-EARTH’S GREAT MINDS!