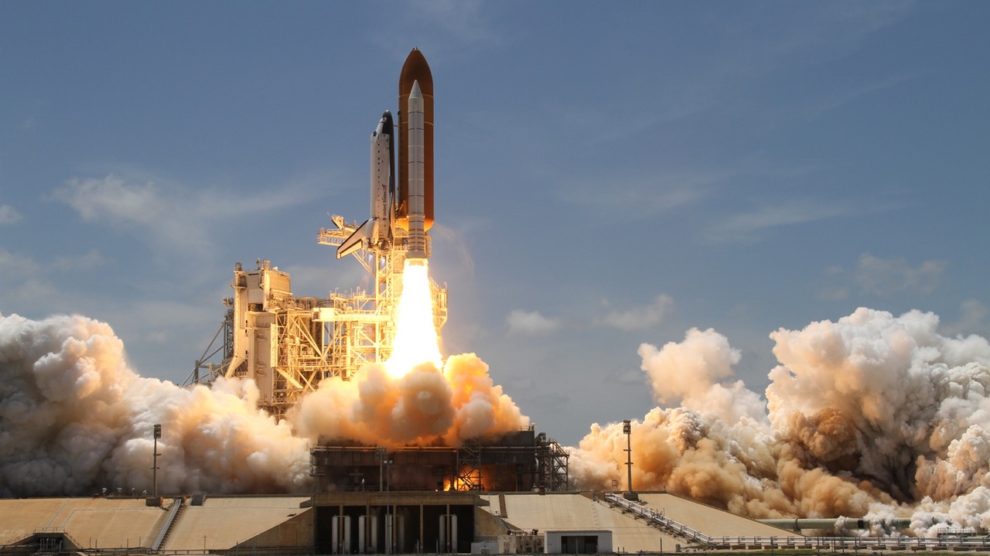 Yes, Stephen Hawking has predicted Planet-Earth’s destiny—a “catastrophic ending” in the “not-too-distance future,” warning us that the “future of the human race must be in space.” We got 200 years, max. Here’s why, from Hawking’s Brief History of Time and The Grand Design:

“One of the most serious consequences of our actions is global warming. Brought about by rising levels of carbon dioxide from the burning of fossil fuels. The danger is that temperature increase might become self-sustaining if it has not done so already … We don’t know where global warming will stop. But the worst case scenario is that Earth will become like its sister planet Venus with a temperature of 250 degrees Celsius and raining sulfuric acid. The human race could not survive in those conditions.”

There’s good news, he encourages you to become a hero, go save the world. Maybe work with the World Bank on developing nations, United Nations on climate change, maybe NASA, even the Peace Corps. Except they’re all chasing a no-win scenario. An impossible dream with no viable solution. Why? Relentless opposition. So maybe work for the “enemy?” Even for an organization responsible for causing global warming? Yes, go change their culture from the inside: Big Oil, Big Ag, the GOP, fossil fuel billionaires, far-right conservatives, and all their climate-science-denying donors and lobbyists.

Seriously. Maybe you’ll be lucky the new leader changing the deniers from within. And save PlanetEarth … before it’s too late. The clock is ticking faster, louder. Still all science deniers rally around a rock-hard faith in their capitalist ideology, change from within is probably a dead-end.

Okay, so working for leftist idealists isn’t working. And the hard-right’s also fighting  hard. You’re in a warzone. Both headed for the same catastrophic ending Hawking predicts for Earth in the “not-too-distance future.” What’s the solution?

Listen to the World Bank scenario. Frustration is already replacing hope for one key official, Mark Cackler, the World Bank’s manager for global agricultural and food security. You can feel his pain, like watching the Texas dust-bowl scenes on a dying Planet-Earth in the movie Interstellar. NASA was sending space explorers into several wormholes searching for new habitable planets to populate with future generations of Earth human species. Crackler’s frustration with our planet’s similarly impossible mission is apparent in reading recent op-ed piece in London’s The Guardian:

The human race is “trapped in a vicious circle” according to the World Bank’s agriculture manager, “we will need to grow 50% more food by 2050 to feed 9 billion people … but agriculture, which is paradoxically vulnerable to climate change, generates 25% of heat-trapping greenhouse gas emissions that lead to climate change.”

This is essentially a no-win scenario, a Zen koan, the ultimate question that has no real answer: The more food “we grow using conventional methods, the more we exacerbate the problem. It’s time for a climate-smart agriculture. But first we must address a few manmade problems.” So here are the World Bank’s four obstacles that must be solved before we can save Planet Earth from the “catastrophic ending:”

“There is a frustrating lack of attention paid to agriculture in the current global climate talks leading up to the Paris conference later this year,” warns the World Bank’s ag-manager:

“We need a climate change-agreement where agriculture is a big part of the solution, and delivers a triple win: higher agricultural productivity to feed more people and raise the incomes of poor farmers, especially women, greater climate resilience, and reduced greenhouse-gas emissions.” But unfortunately these goals are aggressively opposed by a powerful global network of capitalist corporations.

Mark Zuckerberg tried to go beyond, predicting five new technologies in the future of 10 billion “customers” on Planet Earth — virtual reality, artificial intelligence, telepathy, laser beams, even “Immortality,” in answer to a question physicist Stephen Hawking called one of “the biggest questions in science.” But Zuckerberg made no mention of agriculture, food or farming technology in the future, just more stuff for the global consumer-obsessed culture with short-term memories focused on selfies and the next-new-tech-thing.

Worse, Zuckerberg totally missed Hawking’s biggest problem, his prediction of a “catastrophic ending” for Planet Earth in the not-too-distance future. “The long-term future of the human race must be in space,” says Hawking, the kind of dark prediction that launched blockbuster films like Avatar, Elysium, and Interstellar, which opened in a farming dust bowl on a dying Planet-Earth.

Hawking warns that the human race better start planning now for living in space: “It will be difficult enough to avoid disaster on Planet Earth in the next hundred years, let alone the next thousand” and certainly not before America’s space explorers and capitalist innovators, such as NASA and Elon Musk’s SpaceX, find a home for human civilization on new planets and space travel there.

3. Carbon Emissions Kill … Yet We Refuse to Price, Tax, Regulate

“Agriculture, like other sectors, wastes carbon because we don’t price it properly,” warns the World Bank’s agriculture boss. “Carbon pricing is an essential way to cut greenhouse-gas emissions and lower climate risks.” Yes, a “price on carbon can drive investment toward a greener agriculture, a cleaner economy and ultimately, more food for all.”

Yes, a perfect solution, idealistic and hopeful, but it needs an unlikely surrender by hard-nosed Big Oil executives, shareholders, bankers and world’s billion car owners pulling up to the gas pump every day.

Why? A BusinessWeek article detailed how Big Oil companies are already pricing in carbon taxes and regulation, if governments make the first move. But we also can predict — based on the experience of regulators with Wall Street banks — that Big Oil will do everything possible to oppose, fight, sabotage, kill or minimize any and all proposed carbon taxes and regulations.

The World Bank’s scenario is dark: Today agriculture “consumes 70% of the world’s fresh water, and too much of it is wasted.” We need to “become wiser about water.” Because the “agricultural water generates 25% of heat-trapping greenhouse gas emissions that lead to climate change.”

Ultimately our goal is to feed not just the seven billion living on Planet Earth today, but the 10 billion predicted by 2050. Yet, even the World Bank’s agriculture manager admits that won’t be easy: “Hunger has many causes, including ignorance and injustice and violence, and there is no single solution that will guarantee that every person, every day, everywhere, has enough to eat. But, as incredulous as it sounds, even though one in nine people go hungry today, it is within our power to eliminate extreme poverty and hunger by 2030.”

Yes, like so many others idealists, hope springs eternal. And many are hopeful now, especially backed by Pope Francis’ support of the UN climate-change initiatives. Moreover, the World Bank’s agricultural manager is sees promise: “If the sustainable development goals and COP21 in Paris are opportunities to come up with bold ideas to tackle poverty, reduce inequality and address climate change, then climate smart agriculture should be acknowledged as one of those ideas that will enable us to do all three in one.”

But will we get into space in time? The premise of “Interstellar” emerges from Hawking’s prediction of a “catastrophic ending” for Planet Earth in the “not-too-distance future,” and a clear warning that the “future of the human race must be in space.”

Until then, we do need to feed Earth’s exploding population at 10 billion by 2050 … and need innovative new 21st century agricultural research and technology … and need more enlightened politicians and government leaders … to give us “a global climate-change agreement where agriculture is a big part of the solution.”

And finally we need all the fossil fuel climate-science deniers to wake up and stop fighting change … because their resistance is not only sabotaging the agricultural, farming and the food industry sectors. They’re also accelerating the “catastrophic ending” Stephen Hawking predicts for Planet Earth in the “not-too-distant future.” But by then … it’ll be too late and innovative agricultural technology won’t matter. 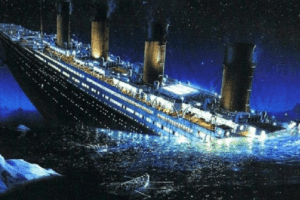 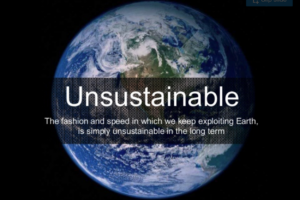 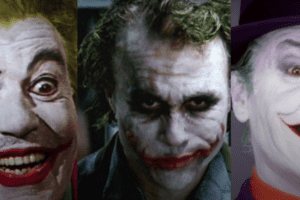