Evolution Programmed Your Future … In Space!

‘Where is everybody?’ asked Nobel physicist Enrico Fermi in 1950;  “Why do we see no signs of intelligence elsewhere in the universe? Humans could theoretically colonize the galaxy in a million years or so. And if they could, astronauts from older civilizations could do the same. So why haven’t they come to Earth?” We’re still asking.

Physicists probe deep space, back and forward across billions of years of exciting cosmic history, light-years from black holes to ancient galaxies, collecting endless data, scientific, mystical and mythical. If there ever was anybody out there, they not only vanished, they disappeared without a trace … not one intelligent civilization left anything behind. No probes, no beams, no contacts … nothing. Or they are in another dimension.

Homo Sapiens have only been around for maybe two million years, a fraction of a second in cosmic time on a planet that’s over thirteen billion years old. And although we’ve spent billions of dollars on sending coded messages into space and listening on satellites for signs of life, it seems nobody’s out there, anywhere.

The Search for Extraterrestrial Intelligence SETI organization says there are a billion potentially habitable planets like Earth and possibly 100,000 intelligent civilizations in our galaxy alone. And yet SETI has never ever picked up any signals, no signs of intelligent life, nothing, from not one of them, ever. Never. Are we really all alone? Never contacted? Do they all just die and disappear? All of them? Leave no evidence? Why, why?

We’re All Alone In The Universe? Where Is Everybody!

Yes, for human civilization, our greatest problem, our greatest challenge and by far, our most exciting opportunity has been defined by astrophysicists. It’s not drones delivering UPS packages, Amazon books … not a brief expensive tour into weightlessness aboard Branson’s Virgin Galactic … a trip with Musk’s SpaceX or Bezos Blue Origin Mars Colony ventures … nor is it Planetary Resources potentially lucrative private equity venture into asteroid mining.

Physicists have identified space as the greatest opportunity for our highly evolved capitalist civilization. The scientific vision of some of the world’s leading astrophysicists equally challenge environmental activists like Bill McKibben’s 350.org and the Grantham Research Institute, and the capitalist masters of Big Oil and the 67 billionaires who already own half the world’s assets, as well as Silicon Valley’s innovation genius machine.

If these physicists are right, time is urgent. We have no choice. We must solve the real mystery of “space, the final frontier.” And fast. Here’s how four of the world’s leading physicists see great opportunities and why we must act now to avoid the future of human civilization on Earth simply repeating past cycles on billions of universes, stars and planets over billions of years since time began, all leaving no evidence of their existence. Consider these four:

FRANK … CAN HUMANS CREATE A SUSTAINABLE PLANET … IN TIME?
Fermi’s Paradox prompted astrophysicist Adam Frank, author of About Time: Cosmology and Culture at the Twilight of the Big Bang to add rhetorically in a New York Times Op-Ed: “Do all planets hit a sustainability bottleneck and none ever make it to other side?” Why ask? Apparently “civilization inevitably leads to catastrophic planetary change.” Frank says climate is “an existential challenge for civilization.” And yet he’s optimistic: “Human beings are remarkably clever and inventive… I’m sure that we are capable of dealing with the climate-related challenges we face.”

FERMI … NO OTHER CIVILIZATIONS SURVIVED IN 13.7 BILLION YEARS?
Nobel Physicist Enrico Fermi, called the “father of the nuclear age,” is also known for the Fermi Paradox, the infinite gap between the hypothesis that there must be or should have been other civilizations somewhere “out there” in the billions and billions of galaxies … versus the total lack of evidence. “Where is everybody?” Fermi asked, why are there “no signs of intelligence life in the universe?”

LAUGHLIN … IS OUR HUMAN SPECIES PROGRAMMED FOR EXTINCTION?
Writing in the American Scholar journal, Nobel physicist Robert B. Laughlin warns that Planet “Earth doesn’t care if you drive a hybrid!” Or recycle, eat organic food, or live in a green house powered by solar energy, or join Greenpeace, fight Exxon Mobil to save natural resources under the Arctic. Since the Big Bang 14 billion years ago, Earth has been operating on its own timetable, doesn’t even care if you pollute the atmosphere with CO2. Why? Every now and then Earth just wipes the planet clean, either a new ice age or burning hell. Physicists are now certain human behavior is the cause of the “Sixth Great Species Extinction.”

HAWKING … MUST HUMANS BUILD A WHOLE NEW CIVILIZATION IN SPACE?
Physicist Steven Hawking sees a “catastrophic ending” for Planet Earth in the not-too-distance future. As a result, “the long-term future of the human race must be in space,” says Hawking. So it’s important that we start planning for a new life after Planet Earth: “It will be difficult enough to avoid disaster on Planet Earth in the next hundred years, let alone the next thousand,” before the sixth great extinction wipes out our civilization before our capitalist innovators and space explorers can find a new home for human civilization.

But nothing stops adventurous souls from searching, no matter what the obstacles and how long the odds. Back in 1969 President John F. Kennedy’s science adviser has this to say after the landing on the Moon: “It would be a mistake to commit $100 billion to a manned Mars Landing when we have problems getting from Boston to New York City.” Are the benefits better today, the costs, odds worth it?

Polin’s answer: Too many limitations, like the fact that our problems are often misdiagnosed. They’re not technological, but rather constrained by economics (like the estimated $60 trillion cost of stopping global warming in a $75 trillion GDP world). Or the fact that there are bigger public policy demands here on Earth (the seemingly insurmountable issues of poverty, inequality and human rights). Or the endless divisive clashes of domestic and international political ideologies, with little prospect of compromise.

That gets us to the core underlying problem: Clayton Christensen, one of Silicon Valley’s great minds, foremost authority on capitalism, and inventor of the new science of “disruptive innovation” — a revival  of Shumpeter’s century-old classic, “Creative Destruction” — believes capitalism is broken. Needs a fix. And a few years ago he made the solution clear in his article, “The Capitalist Dilemma,” in the Harvard Business Review. Listen closely:

“Sixty months after the 2008 recession ended, the economy was still sputtering, producing disappointing growth and job numbers. Corporations seemed stuck: Despite low interest rates, they were sitting on massive piles of cash and failing to invest in new initiatives.” The core issue is “that investments in different types of innovation have different effects on growth but are all evaluated using the same (flawed) metrics,” namely short-term investment criteria like closing prices, quarterly earnings, annual bonuses, which results in capitalism’s failure to invest in the big long-term opportunities.

Unfortunately, Wall Street, Silicon Valley and indeed the entire American capitalist machine is increasingly more—not less—focused on the short-term, on stuff like closing prices, quarterly earnings, annual bonuses making it less and less likely they will shift and take on the long-term solutions necessary to take advantage of the opportunities in the problems, challenges and opportunities in the questions raised by astrophysicists Fermi, Frank, Laughlin and Hawking.

And unless we can solve this Capitalist’s Dilemma that Christensen clearly articulates — by shifting our economic focus from the short-term to the long term — humans will have trouble taking advantage of opportunities inherent in these four key questions raised by our leading astrophysicists: Can human civilization on Earth be the first to survive? How can we create a sustainable planet? Is the extinction of our species a foregone conclusion?

And do we have enough capital, innovative talent, and time, to relocate billions of humans in space, somewhere out there? … Or maybe enough time just to relocate a few human survivors? … Or is it too late? … Is civilization really doomed, inevitably leading to “catastrophic planetary change, and there’s nothing we can do about it?”

All this what’s really behind Fermi’s ultimate question: ‘Where is everybody? Why are there no signs of intelligent life in the universe? Or just no signs that we see?’ Apparently, intelligent life did in fact exist. Somewhere … but they all hit their unique sustainability bottleneck … and worse, none of them left any evidence … ever … will humans be the first? … If not should we leave  evidence ? 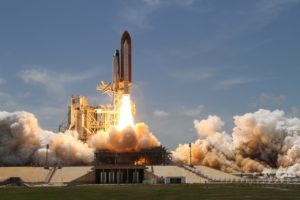 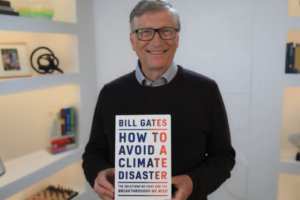 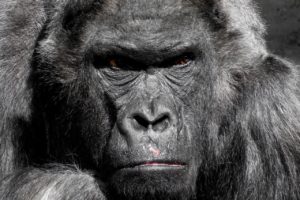 Planet-Earth Is The New “Titanic!” … Climate Change, The “Iceberg!” … Full Speed Ahead As The Band Kept Playing Happy Tunes!
Yale’s “Six Americas” Study Exposes Our “Multiple Personality Disorder” & The War For The Future of The American Soul!