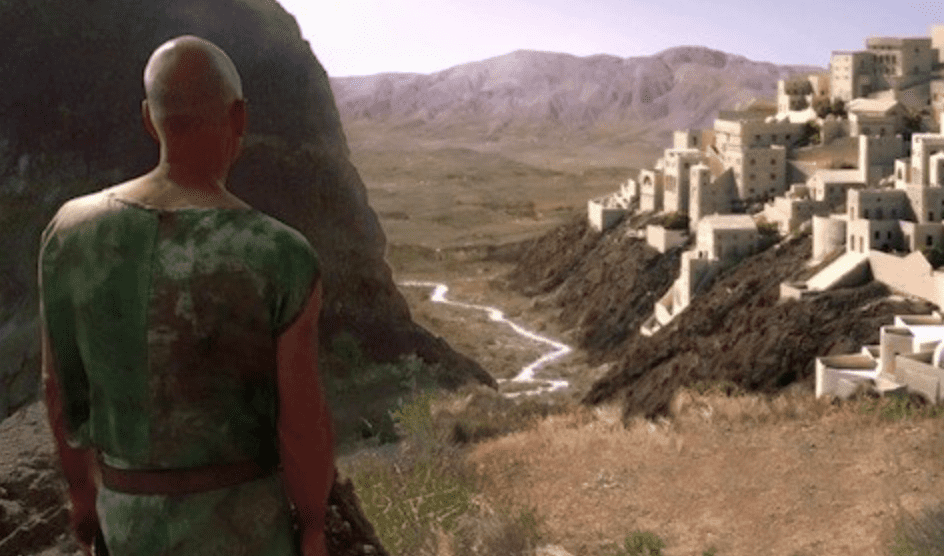 One very special Star Trek: The Next Generation episode haunts me, critics call it the best ever. From Stardate 45944.1, “The Inner Light” gives us a brief look into the star-crossed future of two civilizations. One boldly exploring new worlds. The other leaving behind a time capsule, a space probe, a brief snapshot of its history and final days. The ending of a planet and its civilization.

“The Inner Light” is a powerful metaphor for our own planet, in the near future, perhaps in 2047 the time of much anticipated Singularity when human intelligence and artificial intelligence machines merge into a super-intelligence that can save the world, or destroy it as in The Terminator.

The facts: The U.S.S. Enterprise is on a research mission, completing a magnetic survey of the Parvenium system when it encounters a probe floating in space. They bring it onboard. Suddenly a telepathic energy bolt knocks Capt. Jean-Luc Picard unconscious, he collapses.

He wakes up on a strange planet. Dazed, recovering from a fever, he cannot recognize his wife. She calls him “Kamin.” His friends are concerned, he was delusional for some time. He mumbles on about being a starship captain.

Time passes. He gradually adapts to this new reality on this far-off world. Memories of his prior life slowly fade. He falls in love with his wife again, raises a family, his children give them grandchildren. He lives the quiet, peaceful life he never imagined on the other planet in all his journeys across time and space.

The planet’s natural resources gradually disappear … temperatures rise, overheating all life … water gets scarce …. desert lands replace forests and rich farmlands … food supplies are depleted … Kamin’s family is living on a dying planet … in the end, we see him standing alone … a wide-brimmed straw hat shielding his eyes from the blinding sun … watching the launch of a rocket in the distance … liftoff … soaring high into the clouds … contrails disappearing into the heavens … carrying the final record of a great civilization on a once-rich planet.

Suddenly the probe powers off. Picard wakes up on the floor of the Enterprise Bridge. Like all time-travelers, only a few minutes had passed in this dimension … Back in command … Engines power up … They accelerate to warp … continuing on their mission, boldly going where no one has gone before. 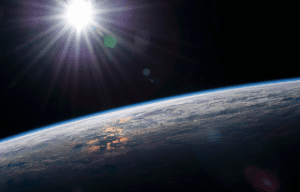 Picard is left with bitter-sweet memories of a long, simpler life on a peaceful planet that vanished thousands of years earlier. Later, alone in his quarters, Picard begins playing the flute retrieved from within the drifting space probe. He knows how to play a familiar tune from that other life deep in his memory. A haunting melody fills the entire starship … time and space … fade to black.

We live with 7.3 billion other humans on our home planet today. By 2050 the United Nations estimates our population will rocket to 10 billion, all competing with four hundred million Americans for ever-scarcer resources, on an overheating planet that would be familiar to Picard.

Yes, huge odds against us, with the rest of the world outnumbering us 22-to-1, all demanding a bigger share of a better life. Every nation, every society, everyone fighting for their own personal version of the American Dream, in an unsustainable lifestyle war that will require the impossible resources of not one but six planets.

We face an impossible quandary in a world where harsh demographics of population growth, the bubble of all bubbles, becomes the force driving all other bubbles, economic, agricultural, political, cultural. The ultimate force driving us in an accelerating trajectory into an unsustainable reality on a planet that can never feed 10 billion people.

In one generation Planet-Earth will be incapable of feeding 10 billion people. Many already own over a million cars demanding on an endless supply of fossil fuels. This dilemma is clear in Naomi Klein’s new classic, This Changes Everything: Capitalism vs. the Climate: “There’s something fundamentally wrong with the way we’re organizing our economy and thinking about our place on the planet.” Yes, capitalism is destroying our planet’s climate. And to paraphrase Einstein, we cannot fix our capitalism problem with the capitalist’s solutions. 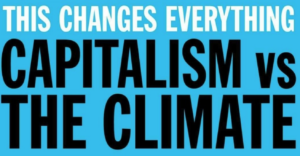 And yet, capitalists believe that capitalism is the solution to everything. Stalemate. Only worldwide revolutions shift this paradigm, says Klein. Which are likely to come, but too late.

We’re in denial: We get wake-up calls from many thought-leaders like Klein. But our brains are wired to ignore them, clouded by over-optimism. Humans talk a good game, our leaders may sign well-intentioned agreements to reduce carbon emissions. But as Gallup polls confirm: Global warming simply is not a major national issue for 76% of Americans.

None of this is new: America had a huge wake-up call well over a decade ago at the launch of the Iraq War. In the “Pentagon’s Weather Nightmare” Fortune analyzed a de-classified George Bush Defense Department report on global warming and climate change, one that echoes the Capt. Picard’s life as Kamin.

Decades Ago U. S. Pentagon Warned:
Soon “Warfare Will Define All Life on Earth!”

Yes, our own Pentagon predicted global climate wars were dead ahead, coming long before 2050, some way they have already begun accelerating. Listen to the warriors: “The climate could change radically, and fast. That would be the mother of all national security issues … massive droughts, turning farmland into dust bowls and forests to ashes … by 2020 there is little doubt that something drastic is happening, an old pattern could emerge—with warfare defining human life.” 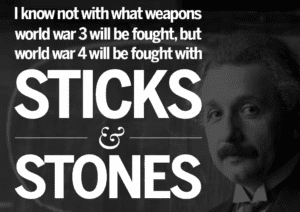 That was America’s war commanders on climate change back in 2003. They saw the future. Too many people, too few resources, too much competition, and the clock was ticking loudly. With 2020 dead ahead. Yes, we have been warned. So many, many times. Even by our war machine. But America just keeps digging, deeper and deeper, into our collective denial. We get wake-up calls. We ignore them. The president denied it. Nothing new, we prefer denying reality.

Are we “boldly going” anywhere? Should America launch its own time-capsule probe. Now? In 2020? Wait till 2047, although by then it will be too late to do anything about anything, let alone waste precious remaining resources on a time capsule probe and rocket … especially since our scientists have discovered no evidence of any intelligent life anywhere in our vast universe the last 13.7 billion years. 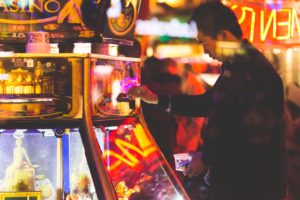 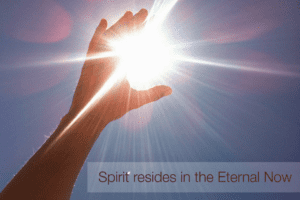 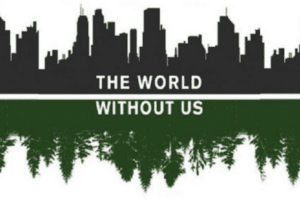