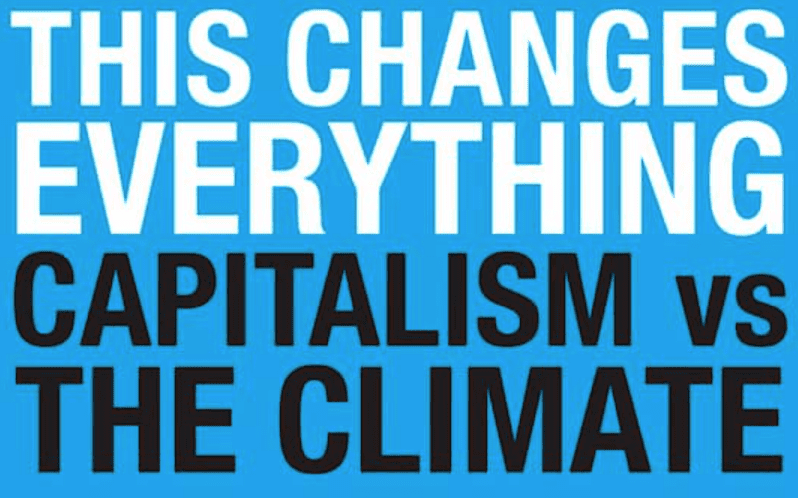 No, Capitalists Are Creating Climate Problems!

GOP conservatives, Big Oil, Exxon Mobil, Koch billionaires, and every other hard-right climate-science denier must love Naomi Klein’s latest book, This Changes Everything: Capitalism vs The Climate. Why? My first response, this is old news, the title should be: This Changes Nothing: Capitalism Still Wins, Climate is Still Losing. Sorry folks, but the future looks brighter than ever for capitalism.

We are in the real warzone. Klein saw the world sinking deep into a “capitalism vs. climate” global conflict since well before her last book, The Shock Doctrine: Rise of Disaster Capitalism, a historical survey of the conservative revolution launched after WWII by Nobel Economist Milton Friedman and Ayn Rand, patron saint of capitalism. That revolution sunk its roots deeper into our American culture and history under the leadership of President Ronald Reagan and the 18-year reign of Fed Chairman Alan Greenspan.

In our early review of The Shock Doctrine, we called it “one of the best economics books of the new 21st century.” Since then the zeitgeist has moved past Shock Doctrine. Americans sense we are sinking deeper into chaos, as climate issues accelerate, creating deep ideological divisions. Klein detailed how conservatives emerged so successful in their power grab the past generation since the Reagan revolution. In fact, paradoxically, Shock Doctrine has motivated conservatives to grab for more and more power.

Yes, conservative strategies are working. And Klein’s new book is guaranteed to further emboldened conservatives to build on their power base … further accelerating America’s downward spiral … as capitalism keeps widening the global inequality gap … as the 67 billionaires who now own half the world will keep grabbing more … as Credit Suisse Bank’s prediction that by 2100 eleven trillionaire families will rule the planet seems more credible … as economist Thomas Piketty’s warning that capitalism has become so powerful it is unstoppable, that it will continue widening the inequality gap, in spite of Pope Francis warning that inequality as the “root cause of all the world’s problems.”

Klein’s new book was to be a game-changer. Now it may be old news. Changed nothing. Capitalism keeps winning. Planet-Earth keeps losing. The global capitalist ideology truly is the global zeitgeist, pouring more fuel on the fire, accelerating a downward spiral.

Start The Revolution? But It Already Started! … We’re Too Late!

Klein’s real big strategy: It’s time to start a revolution. Forget piecemeal government policies. Band-Aids aren’t working. Not for liberals. If you want change — real change — start a real revolution, a grassroots revolution, depose any capitalist rulers. But be prepared, you may not like the consequences. Revolutions have a bad habit of taking down economies, making life worse for everybody, not just the rich and powerful, as in the 1789 French Revolution.

Sorry, but it may already be too late. Time’s running out. Unfortunately Klein’s new book may be too late to be a game-changer. The forces against climate change — Big Oil, GOP, conservative billionaires, fundamental-science deniers — have become far too powerful, too politically polarized, too rigid, too uncompromising and, yes, too rich, despite the UN-IPCC’s Paris Agreement.

The truth is, most Americans don’t want change. We’re a capitalist nation. Gallup polls tell us 76% of America say climate change is not a national priority. We live in an automobile culture. We need gas pumps. Yes, we need Big Oil. The American Dream is programmed … against climate change and global warming.

So unfortunately for aspiring game-changers like Klein, the climate-science-denying conspirators and most Americans actually love the way their collective brain works. Thousands of books have been written by the 2,500 scientists on the UN International Panel for Climate Change committees since 1989, but they did not stop the march of global warming, just the opposite, hardened the opposition, encouraged the conservative revolution.

Yes, capitalism itself will eventually self-destruct, because competition for new markets and ever-scarcer resources, accelerating global warming and climate disasters will ultimately kill off much of the human race in competitive wars..

And it’s not just that the deniers like Big Oil who resist solely because they know carbon emissions regulations and taxes will upset their economic model. Nor because the capitalist brain is hard-wired on short-term profits and is incapable of balancing today’s profits against a longer-range future, discounting future costs to nothing, leaving problems for future generations to figure out and expense. All that’s ancillary.

The real reason: Capitalists believe capitalism is not the problem—capitalism is the solution! The solution to everything, citing everyone from Adam Smith to Ronald Reagan, Milton Friedman to Ayn Rand. That deep-seated belief means their brains automatically block Albert Einstein’s warning, that “we can’t solve problems by using the same kind of thinking we used when we created them.” 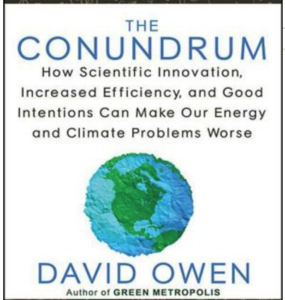 Einstein’s warning is hammered home in David Owen’s recent, The Conundrum: How Scientific Innovation, Increased Efficiency, and Good Intentions Can Make Our Energy and Climate Problems Worse. Why? If any new technology increases the consumption of scarce resources, it’s making matters worse for an over-populating planet. So capitalists and their solutions will just keep making matters worse for everyone this century. Until a catastrophe, a revolution self-destructs capitalism, and probably the rest of us.

The problems created by capitalism in the last couple generations have gotten so out of control they’ve morphed into an unstoppable conspiracy of Big Oil, GOP and hard-right conservatives that is hell-bent on global dominance … high-risk, high-stakes gambling the future of the human race and our civilization on their blind conviction that capitalism is the solution to all problems!

Bottom line: Ironically, the conservative revolutionaries must love Klein’s new book the most. It adds richness to the history of the rapid rise to power of their conservative revolution while articulating a strategic plan for their continued rise to total world domination. They also know how to hedge a bet, even have a backup Plan B, just in case they’re wrong and capitalism is not the solution to America’s capitalism problem.

I remember the sage advice of Barton Biggs, long-time research director at Morgan Stanley, my old Wall Street firm. In his classic, Wealth, War and Wisdom, Biggs, later a very successful hedge fund manager, advised his super-rich clientele to expect the “possibility of a breakdown of the civilized infrastructure.”

His advice: Buy a farm isolated in the mountains. Protect your family against the barbarians, “think Swiss Family Robinson, your safe haven must be self-sufficient, capable of growing food, well-stocked with seed, fertilizer, canned food, wine, medicine, clothes. And be ready to fire a few rounds over the approaching brigands’ heads, persuade them there are easier farms to pillage.”

Wake up America: the revolution is coming. Klein’s got it right. Your capitalist brain may not see it yet, may not till too late. But prep for when you do … learn all about farming, be prepared! 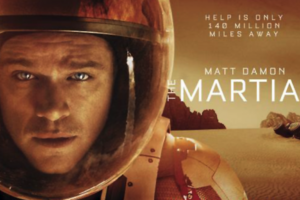 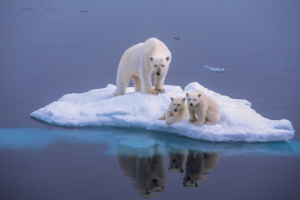 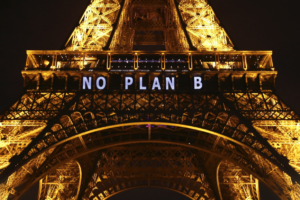