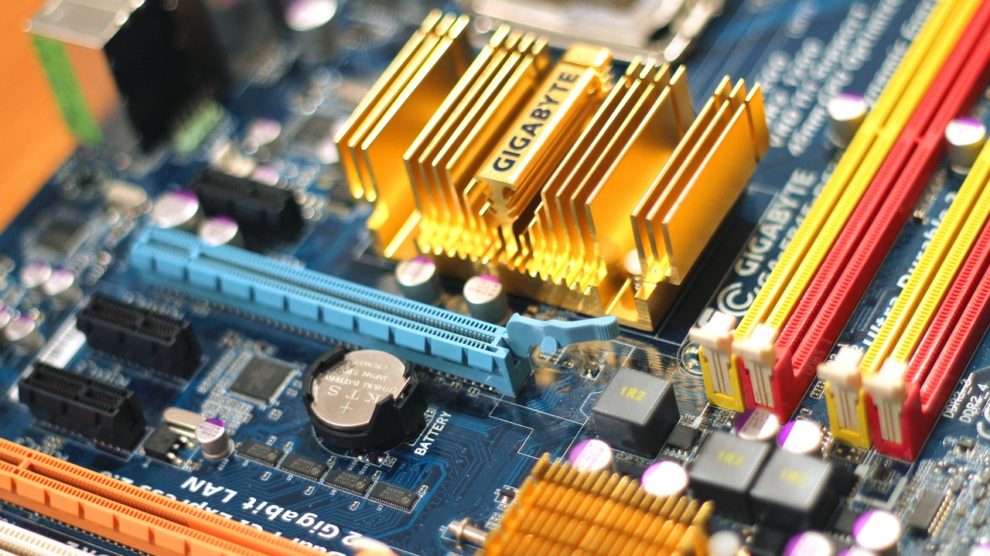 Strange bedfellows indeed. Yet it’s no surprise that physicists like Stephen Hawking and Nobelist Robert Laughlin agree with conservative evangelicals and Senator Inhofe, Oklahoma GOP. What they’re all really telling us is to forget about the global warming threat. Why? It doesn’t matter. Seriously, forget it! Maybe divine intervention. Maybe all are in denial about what comes next, or just can’t think long term enough.

Okay, so climate is changing … we admit it … the planet is overheating … yes, temperature momentum is accelerating … but the truth is … we not only can’t stop it, we won’t, don’t want to even if we could … we believe “growth,” not just economic growth but all life, is a part of our world … we believe perpetual growth is a natural principle.

Growth is core principle, a belief deeply engrained in the human mind, about everything in life on earth. So we just can’t admit Planet-Earth’s headed for a “catastrophic ending,” even if we are … Agree with all those telling us to plan ahead for the coming apocalypse? … Accept that no one can stop the inevitable endgame, even though they all know what’s coming, dead ahead. … Now that is a tough pill to swallow. Yes, denial actually is more rational! Here’s how ethicist Clive Hamilton put it in Requiem for a Species: Why We Resist the Truth About Climate Change:

“Sometimes facing up to the truth is just too hard. When the facts are distressing it is easier to reframe or ignore them. Around the world only a few have truly faced up to the facts about global warming … It’s the same with our own deaths; we all ‘accept’ that we will die, but it is only when our death is imminent that we confront the true meaning of our mortality.”

Even worse, could you admit the “catastrophic ending” Hawking predicted really is God’s plan? Is that the “New God Algorithm” in action, a dynamic, evolving system that has zero mathematical coding? Although they’re not directly blaming God, and even if humans really are ultimately the responsible cause, physicists all arrive at the same bottom line—we are living on a dying planet.

Yet, although the warnings are getting progressively louder, so is the denialism and the pushback. They say a catastrophic ending is dead ahead … accept your fate … find a new planet … plan your exit strategy … build rockets … you are living on a dying planet … admit it … get off … Elon Musk and Jeff Bezos’ are already working on it … their SpaceX and Blue Origin rockets are already being tested to do just that, escape … yes, they’re planning a new colony for humans … on Mars.

Mars? But is a cold, desolate Mars colony for a few million humans really a serious solution to global warming here on Earth for the ten billion left behind? A real solution for an over-heating, over-populated planet of billions? Or is it just an unconscious admission that “something,” whether human or divine, really is “killing” life on our planet? And that it really is time to plan ahead for the inevitable endgame, whatever, whenever back here for billions left on a dying planet?

A quarter century ago, James Hansen, then director of NASA’s Goddard Institute of Space Studies, first warned Congress about the world’s global warming threat. Hansen’s recently updated research doubles down on those warnings. Climate disasters will accelerate. Hansen warns of a 10-foot rise in sea levels in this 21st century. Meanwhile, the news media and public just yawn.

The Geneva Association for the Study of Insurance Economics members includes ninety of the world’s largest insurers. They have created a new normal. Today the global insurance industry is rapidly shifting to a new business model, using more scientific data and algorithms, now predicting that so-called “100-year disasters” of the past will be hitting the continents every decade or so.

Yes, the insurance industry gets it. No more outdated seat-of-the-pants rules-of-thumb. Nor will they let the self-serving rhetoric of today’s science-denying politicians and energy giants dictate tomorrow’s insurance rates. They’re now using hard climate-science data, not slogans, ideologies and denialism.

Worse, it turns out that even if humans do hold global warming under the UN-IPCC’s new two degrees goal, natural disasters will continue accelerating, the planet will continue over-heating. Why? Climate change “momentum” will just keep heating the oceans and atmosphere, melting glaciers, making the worlds great cities unbearably hot, for living and working. 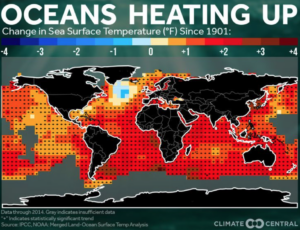 A recent University of Hawaii study published in Nature magazine warns that our world is rapidly becoming one massive hothouse. Bloomberg News reviewed the study concluding that not only were “temperatures in New York increasing,” but by 2047 most major cities across the planet will pass a “point-of-no-return” into irreversible overheating, never again returning to historical averages.

The New York Times writes that “in Silicon Valley, there is a sense that tech companies are doing God’s work. Software can solve the world’s biggest problems, many tech entrepreneurs believe, if only it is put to the right use.” Yes, Silicon Valley’s power players are absolutely convinced technology is the solution to saving the world. But will technology’s super-optimistic genius innovators ultimately deliver? True, there sees to be a perpetual production line of geniuses minting a steady arsenal of ‘unicorns,’ start-up tech companies worth over a billion each.

But is hubris enough? Andrew Leonard of Salon.com warns their megalomania is flawed and dangerous: “The tech industry’s God complex is getting out of control,” quoting Silicon Valley icon Marc Andreessen bragging that “If you live in the San Francisco Bay Area in the early 21st century, it’s hard not to feel a special connection to Renaissance Florence.” Seriously, “start-up entrepreneurs in Palo Alto are just like the Medici Grand Dukes. Except, even better, because they’ve got superpowers.”

Yes “superpowers!” Their arrogance and optimism tells them they indeed are the ones who will save the planet with their algorithm-generating power to “Invent everything that can be invented.” However, the Times quoted one of the Twitter founder, Evan Williams, who “is less quixotic,” admitting that rather than the solution “technology is the direct cause of our biggest problems, global warming, health issues, potential nuclear annihilation.

In a provocative MIT Technology Review editorial, “Why We Can’t Solve Big Problems,” editor-in-chief Jason Pontin challenges Silicon Valley’s God Complex: “There is a paucity of real innovations … technologists have diverted us and enriched themselves with trivial toys.”

Silicon Valley recently bragged of more than a hundred “unicorns” in their production pipeline. But their goals are limited, not solutions to the planet’s ‘Big Problems,’ but more focused on making insiders rich solving small problems in social media, consumer gadgets, virtual reality, video games and yet another app. While our planet overheats, slowly pushing America off an economic cliff and into no-growth GDP below one percent predicted by the end of this century. 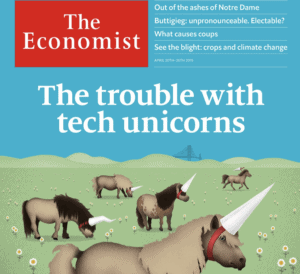 Unfortunately, if the trajectory continues and Silicon Valley fails to deliver, it’ll be too late for “Plan B” in 2047. James Hansen, former NASA guru explained this risk in an open letter to billionaire Warren Buffett: “Recently my oldest grandson, an 11-year old, made the astute observation about climate change: ‘Unless we can figure out a time machine that actually works, there will be no way to go back in time to fix it’.” Game over. We join the Cosmic Sustainability Bottleneck Club.

Resisting “End Of Age Of Oil” Is Killing Economic Growth

Economist Robert Gordon’s recent The Rise and Fall of American Growth gives us a troubling glimpse into a next Industrial Revolution. A few years ago Gordon shook up Klaus Schwab’s annual World Economic Forum in Davos, Switzerland by presenting his National Bureau of Economic Research (NBER) paper, “Is American Growth Over?” Gordon challenged the prevailing economic mythology that assumes technology will solve the world’s ‘Big Problems,’ thus eventually saving the world from itself: 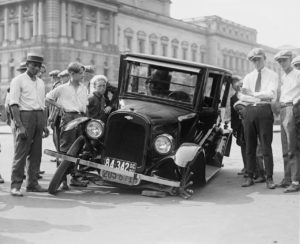 “There was virtually no growth before 1750, and there is no guarantee that growth will continue indefinitely … the rapid progress made over the past 250 years could well turn out to be a unique episode in human history,” a collection of “one-time-only inventions.” Under that scenario, America’s GDP will continue falling. “Now a weak 1.8% average, predicted to sink much further, down into a no-growth 0.2% GDP … the pre-Industrial Revolution level common across the planet for centuries before 1750.” 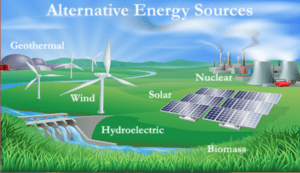 But what, you ask, about alternative energies from solar, wind, biomass, hydro, tidal? Aren’t they an “energy miracle” combo? Can’t alternative energies save us? Unfortunately, by 2047, alternative energies will still be no more than 20% of the world’s energy requirements, said Daniel Yergin in Foreign Policy. Yergin is the world’s leading energy consultant, best-selling author of The Quest: Energy, Security, and the Remaking of the Modern World. A realist, he shares neither Silicon Valley’s megalomania nor Gates quixotic search for an “energy miracle” that will eventually appear and save the world: Game over! 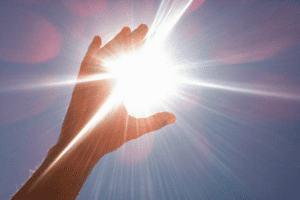 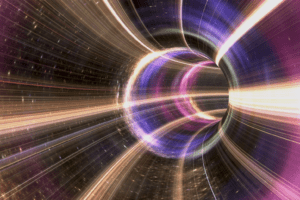 QUESTION #2: Can New Technologies “Save” Civilization on Planet-Earth … by 2047?